Self-publishing is on the rise. It is a force to be reckoned with, illustrated by the increasing presence of traditional publishers buying or creating their own self-publishing subsidiaries. More and more self-published books are finding their way onto the NYTBS list, and are sparking viral interest in readers around the globe. The reign of the gatekeepers is coming to an end.

Yet the nattering continues. Over and over you will hear that self-published books are only those that were repeatedly rejected by traditional publishers, and rightly so. Self-published books are frequently panned for having disjointed stories, typographical errors, misspelled words, horrible grammar and badly in need of editing. To this I say:

But that does not mean self-published books will not. 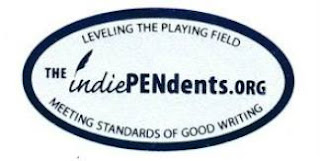 Enter the IndiePENdents. This is a non-profit organization that has taken on the daunting task of evaluating self-published books for basic standards of spelling, grammar, punctuation and formatting. In a recent e-mail, they encapsulated their efforts:

We began in December 2011 and a year later acquired a 401(c)3 non-profit status. In the meantime, we have been evaluating self-published books to separate the chaff from the worthy ones to recommend to the public. We work in teams of volunteer evaluation panels; our membership is free, writers don’t pay any fees, and our judgment is therefore without any bias. Those titles which meet our basic standards are given a Seal of Good Writing, and published in a catalog under the title Well Written, Well Edited, Unknown Books.

In this grass-roots way, self-published books may acquire a first step of legitimacy not normally available in the DIY universe. I applaud the IndiePENdents’ dedication to the craft and their willingness to start this conversation about standards in a free-for-all landscape. It’s a much-needed effort, and all the more validating because it comes from this non-profit, non-paid, volunteer group.

Unfortunately, the unpaid volunteer staff of the IndePENdents is no match for the cascade of self-published books that now swamp the reading world. They need our help. In a couple of weeks, they will launch a Kickstarter campaign to raise a modest $1,000 in order to print and mail their catalog of Well Written, Well Edited, Unknown Books to libraries everywhere. This is a worthy effort, and if you are an indie writer or enjoy indie books, I encourage you to check out their web page and join in the Kickstarter campaign once it gets going. I will post more about it as the campaign develops.

What do you say? Want to read good books but not be confined by the “old guard” gatekeepers?

Writing is a very subjective and personal pursuit. I would guess that there are about 958 mega-bazillion writers in the world and no two writers go about the process in the exact same way. In some of my writers’ forums and in many of the blogs I follow, I hear about writers creating detailed outlines and storyboards, using index cards or software to chart the arc of their story and keep track of the main characters and major plot points. This all sounds very foreign to me. 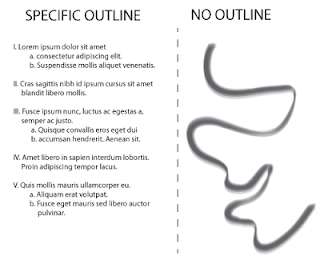 My latest book (Stone’s Ghost, not yet published) is a good case in point. I’ve blogged before about how I originally set out to write a light, fluffy ghost story that suddenly turned dark and moody. The initial inspiration for this came while I was watching an episode of Arizona Highways and they did a story on the London Bridge in Lake Havasu City and the ghosts that supposedly haunt it. I thought at the time that it might be fun to write about a ghost who died in 18th century London but finds herself in the desert southwest of the “colonies.” My initial idea was a fish-out-of-water story where the ghost is disoriented by the drastic change in her surroundings and must adapt, helped by a living human who connects with her and guides her through the transition. Imagine my surprise when the main living character, Matthew Stone, became the focal point, and his story was anything but light and fluffy.

He developed into a very moody guy, and with good reason. His father was an alcoholic and disappeared into a bottle regularly, leaving the young man disillusioned and disappointed. Although Matt has become a successful businessman, has plenty of money and a beautiful girlfriend, maintains a high standard of integrity and believes himself a model citizen, unexpected events bring out the fact that he is not quite as undamaged as he would like to believe.

What I love about this organic “process” is that it seems to come from some other place than my own brain. Don’t ask me where, but it’s not part of my conscious planning. It may arise from the subconscious, or it may just be serendipity. While writing an earlier book, Goddess Rising, I would often sit down and not have a clue what I was going to write, but the words would flow off the pen with surprising abundance. I remember at one point I introduced an idea that seemed like a small sidelight, an unimportant detail that arose naturally out of the situation at the time but seemed to have no great purpose in the story. It was only much later that the same idea returned and suddenly became pivotal, and I had to wonder: was there a part of me that knew I would need it later on? What made me include it in the first place, and what made me write my way into needing it for the story later? I will never know.

The same was true with Stone’s Ghost. What was very surprising was the fact that I didn't really know what the core idea of the story was until I was about 20 pages from the end. At that point it became clear to me, yet I still had no idea how that core idea was going to be realized. That happened about 10 pages later, buried in a conversation that I thought was fairly innocuous. And it wasn't until I got to the last page that I realized the story was not going to end the way I thought!

So much for planning.

Is it better to be organized, or let the story evolve organically? I can’t speak for anyone else, but obviously for me, organic works. And I don’t think I’d want it any other way.
<a rel="author" href="https://plus.google.com/114343394565497768903">Melissa Bowersock</a> is an eclectic writer and hypnotherapist.

I’ve blogged before about typos, the bane of any writer. Proof-reading our own work is extremely difficult for writers. We know what the words are supposed to say, so very often our brains show us just that, not letting us see the misspellings, the incorrect words, the errors in punctuation. In the writers’ forums I frequent, there is often discussion of the ways to fool the brain into showing us what’s actually there. You wouldn’t think we’d have to go so far to outwit our own brains, but the fact of the matter is, we do.

Here are some of the tricks.

Change the font. If you’re using Times New Roman, switch to Arial; switch from a serif to a san-serif or vice-versa. Change the size of the font, or change the entire body of text to a different color. All of these things act to alert the brain that there’s something NEW here and to pay attention.

Read backward. When we read from front to back, our brains get involved in the narrative and stop seeing the errors. It can be very difficult to disengage from the story unless you read in a way that deliberately breaks up the narrative; reading from back to front does this. Read each sentence as a whole (how else are you going to check the flow of that sentence?), but read the last sentence first, then the next to last, etc. This forces your brain to consider just that sentence and you can zero in on the errors.

Enlist beta readers. All writers need beta readers, friends and family who will read our words with a red pen at the ready. Some invariably pooh-pooh their value, insisting they are not writers or editors or have no knowledge of story-telling. That’s okay. What we need are readers. We need to know what pops a reader out of the story, what distracts them from the flow of the book. I always tell my beta readers not to actively look for problems, but simply to report anything that interrupts their reading.

Last resort. One of my books is non-fiction and written in epistolary format with many letters and other sources within the narrative. I was already using different fonts, one for the narrative and one for the letters, and after the 10th go-round still finding errors, I realized I needed to take drastic measures. I hunkered down with the book and read … one … word … at … a … time. It took forever, but it allowed me to see the things my brain was still just cruising past when I read at a normal rate.

What other tricks can you think of?