Today I’m sitting down with my buddy Bob Brawley to talk about his fascinating new non-fiction book called Adopted by the Amish. The title is pretty self-explanatory, but Bob, why don’t you give us a summary of what the book is about? 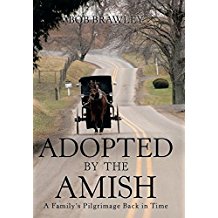 BB:  Adopted by the Amish is the true story about a young family’s pilgrimage from the modern world they knew into the highly restrictive, simplistic, sectarian world of the Old Order Amish. It is the story of a despondent and dispirited man, seeking to save his marriage from the free-fall that has left it in shambles, a man determined and committed to saving his marriage and reconnecting with God.

MJB: I think this is such a unique experience, especially in this day and age. What would you say were the main drivers that led you to try out such a different lifestyle? What was the draw, and what were you hoping that living in the Amish community could do for you?

BB: I joined the Old Order Amish seeking a better way of life for myself and my family. To reconnect with my faith, to take a step back in time when life was simple, uncomplicated and innocent, the way I remembered it was on my grandfather’s farm. This was my second marriage and I wanted, more than anything else in the world, to make it work. I thought that by removing myself and my family from the stressful world we knew we could re-discover life as it should be, the way it was meant to be, to find peace, harmony and happiness.

MJB: I think all of us can relate to looking for peace and happiness, especially in the turbulent world as it is today. Now, looking back on the experience from many years later, how do you feel about it? Was it worthwhile? What did you learn then that still resonates in your life now?

BB: I’ll be 73 next month, and as I grow older I find I spend more and more time reflecting on my life, my family, people I’ve met and things I would “do over” if I could. The thing I would not change, the thing that has had an ever-lasting impact on my life, is the special time I spent with the Old Order Amish. Even today, I find myself looking at the world through “Amish eyes,” remembering how simple and innocent the world was back then and how protected and secure I felt. I cherish the bonds I made with my Amish family and will forever hold dear the time I spent with these very special people, for that very brief moment in time.

MJB: It sounds like it was a very special time, and it's surely beneficial that you are able to keep it alive in your heart. What would you consider the most challenging aspect of writing a personal story like this? 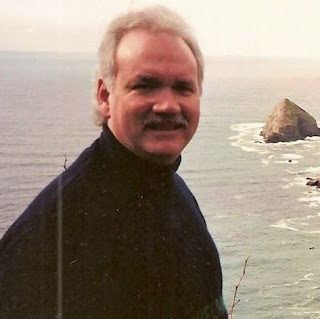 BB: Peeling back the many layers of my memories of living with the Amish I relive the struggles and the good times we had, the wonderful people we met and loved, and the feeling we had of being a part of a close-knit family. I sometime find myself wishing I could turn away from this life and return to those days, to once again sit in a horse drawn buggy and hear the clop, clop, clop of hoofs on the dirt road, to see my Amish family’s faces, to hear their voices, to breathe in the smells of a farm. The thought of it makes my heart hurt.

MJB: Setting such highly emotional times down on paper is obviously a very difficult task, but you've done an admirable job of it. I’m curious about the evolution of the book. Did you imagine writing it down as you were living it? Or did the idea to write it down come later? How long after the fact did you start writing, and was it easy to access your memories?

BB: I have never thought of myself as a writer, and did not think about writing this story until five years ago. It’s not that I hadn’t thought of the Amish and the time I lived among them. I had... In fact, I have maintained communications with them to this day. Accessing my memories of those special days has never presented a problem. I think about them most every day.

MJB: In my mind, the fact that you never thought of writing it down just goes to show how deep and compelling the experience was. Maybe you didn't think of yourself as a writer, but this was a story that had to be told. Are you working on any new books? Any other ideas in your head, or down on paper?

BB: I’m currently working on a memoir, “His Mother’s Son,” the honest and intimate story of a boy’s personal experiences and anguish as he and his family move from state to state and city to city, pursuing his mother’s dream of becoming a singing star. He was a boy desperately trying to find inner courage, his own identity and self-respect.

MJB: Sounds like another very emotional remembrance. You'll have to keep us posted on the progress of that one, as well. Now, let’s have a little fun here. Tell us three things about you that most people don’t know and would be surprised to learn.

BB: I worked as a cowboy on a ranch in Mustang, Oklahoma. I was a boxer and trained with world-rated amateur and professional fighters: three of which fought for world championships. I’ve driven the Alaska Highway seven times, six of which when it was still gravel. I competed in drag racing for many years.

MJB: Obviously you are a multi-talented and multi-interested man! Thanks for sharing your story with us today, and if people want to find out more about you and your journey, how can they do that?

BB: I may be contacted by email: mailto:RobertL.Brawley@hotmail.com, or on Facebook at Bob Brawley.

Posted by Melissa Bowersock at 2:29 PM No comments: 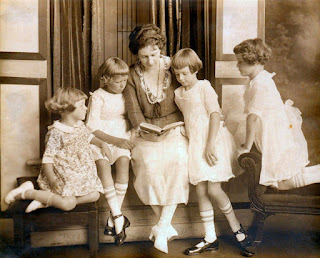 Every family has them: stories of Great-Uncle Harold’s time in the trenches of WWI, Grampa’s side trip into bootlegging during Prohibition, Aunt Helen’s wanderlust that took her around the globe twice, Grandma’s ground-breaking work as the first female at Lockheed Aeronautics during WWII. These are the stories that may only get trotted out once a year or so, maybe at Christmas or the infrequent family reunion, but otherwise stay hidden away in shoeboxes at the back of closets or in the dimly-lit corners of an oldster’s mind.
And very often, the story and its teller are, eventually, lost for all time. Why? Because the stories don’t get written down.
There’s a Mandinka proverb that says every time an old person dies, it’s as if a library has burnt down.
I was lucky. My dad wrote his autobiography over the last 20 years of his life. After he died, I converted the typed pages to digital, added family photos, and published his story. I didn’t care if I sold a single copy; I just wanted the book out there. Surprisingly, I have sold quite a few, but that’s not even the point. The point is, his story will never die. It lives on. And I can’t tell you what a treasure trove it is for my family.
So a few years back on Veteran’s Day, I was thinking about my aunt who was an Army nurse during WWII and was taken prisoner by the Japanese in the Philippines. I had heard this much of the story all my life, but very few details. I began to do some research to see if I could find out more about it; hard to do, as she and all her generation are gone. I was shocked to find out that the Wisconsin Historical Society (she was from WI) had in their possession two scrapbooks that were created by my grandmother, filled to overflowing with letters, telegrams, news clippings, and photos of my aunt’s time in the service. It not only chronicled the events of her capture and imprisonment, it also told the story of my grandmother’s tireless efforts to find out information about her daughter and bring comfort in any way she could. It was a story of two women on opposite sides of the earth, each in their own way striving to push through extremely difficult times.
And it was stuck in a drawer in a back room.
I knew the story deserved to be told. And I knew I was the only one to do it. There are other writers in my family, but none that devote as much time to it as I do. So even though I’m a novelist by choice, it was time for me to write non-fiction. 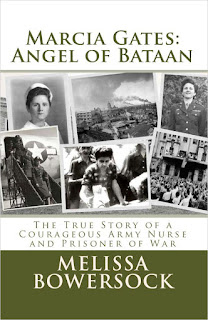 I’m glad I did. Again, I didn’t care if the book sold at all; I just wanted the story out there. Surprisingly, it has touched a lot of people, won awards, was even featured in a TV documentary on Wisconsin’s military history. And it got me to thinking: how many stories are there like this, that never get told, that never see the light of day? A ton, I’m sure. And I think that most people believe publishing is way beyond their reach, but here’s the irony. It’s not. It’s fully accessible in our time. Okay, the writing part is never easy and that still has to be done, but the publishing? That’s a breeze. Using CreateSpace, you can do it for about $10, the cost of a proof book and shipping. Really, I mean it. Ten bucks. Indies Unlimited has more than enough information and tutorials in their archives to get you started.
I would encourage anyone — EVERYone — who has family stories to write them down. Get them out there! I think you’ll be pleasantly surprised, as I was, how they can touch people well beyond the confines of your family. Because these are not just family stories.
They are human stories.
And they deserve to be told.
Originally published by Indies Unlimited on 4/22/12.

Posted by Melissa Bowersock at 8:34 AM No comments: