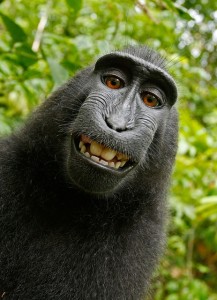 “Texas has a lot of electrical votes.” –Yogi Berra
A malapropism (or acyrologia) is the use of an incorrect but similar-sounding word in place of the correct word. It was coined from the name of a character, Mrs. Malaprop, who constantly misused and abused her words in the comedy The Rivals by Richard Brinsley Sheridan. In turn, Mrs. Malaprop’s name ultimately descended from the French phrase mal à propos meaning badly placed or inappropriate.
There are two reasons writers (and others) may get their words mixed up. The first, of course, is the similarity of sound. In the quote above, Yogi Berra was actually referring to electoral votes, but electrical is pretty close. Close, but no cigar.
The second reason is that very often words get modified in common usage, especially old words whose original meanings no longer have a relevance for us today, yet the word has evolved into a new usage and often a new spelling. An example of this is tenterhooks.
Many people say (or write), “I’m on tenderhooks,” believing the word refers to the hooks used by butchers to hang meat so it can tenderize. Actually the word goes back much further than that, back to the middle ages when people used mainly woolen or linen cloth. As the cloth was processed and washed, it was stretched on wooden frames, called tenters, to keep it from shrinking as it dried. The hooks on the tenters that were used to hold the cloth in place were, of course, tenterhooks. The colloquial meaning came to allude to the tension of being forcefully tacked and stretched, and has now evolved to mean any kind of suspenseful tension.
Any word, however, can be accidentally twisted into an inappropriate usage. Some examples of malapropisms might include:
After a detailed investigation, the police comprehended two suspects.
I do believe that man is having a nervous shakedown.
King Omar is the exhausted ruler of his rich kingdom.
If you’re smart, you won’t upset the apple tart.
We had great fun riding together on a tantrum bicycle.
Many people have benefited from joining Alcoholics Unanimous. 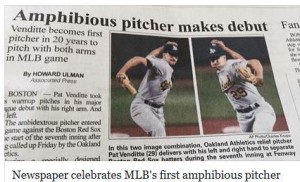 There is one place where malapropisms can be used and are not only appropriate but can add to a story, as well: comic relief. Mrs. Malaprop herself added this funny, if painful, dimension to the original story. Shakespeare has used similar characters in several of his plays. In my own satire of romance novels, Love's Savage Armpit, I have one very naïve character who constantly misspeaks, and the results can be quite comical. As with any tool, writers need to know the rules before they break them, but every tool has its exceptions.
So now let’s lay a reef on the grave of accidental malapropisms and make sure we’re using the correct words. Not sure you completely understand the meaning and spelling of a word? Look it up! No matter how many books we’ve written, we’re never too old to learn!
Originally published by Indies Unlimited on June 9, 2015.
Posted by Melissa Bowersock at 8:00 AM No comments:

Happy New Year! I hope you all had wonderful holidays and are looking at a promising new year. I wish every one of you health, happiness and meaningful work. I can't think of anything more satisfying than accomplishing something that we feel passionate about. 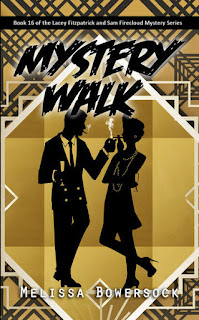 And speaking of that... I have two announcements to make. The first is that Book 16 of the Lacey Fitzpatrick and Sam Firecloud Mystery Series, Mystery Walk, is now available. This book is a slight departure from the others in the series in a very fun way. Here's the blurb:

When paranormal investigators Lacey Fitzpatrick and Sam Firecloud are on a case, they are all in, and don’t rest until the haunting is resolved. Now they’ve been invited to a Murder Mystery Weekend of role-play, sleuthing and fun. Lacey thinks they’ll have an advantage because they’re such practiced investigators, and the tangled trail of clues, motives and red herrings creates a fierce competition to find whodunit.  Lacey fully intends to solve the mystery and win the prize, but the weekend turns out to be surprisingly different on very many levels.

Sound like fun? I think it is. And to celebrate the new book and the new year, ALL the Sam and Lacey ebooks are just 99 cents thru January 13, 2019.  That's right; you can pick up the entire series for less than $16.00. Did you get a new Kindle or tablet for Christmas this year? If so,  here's your chance to load that puppy up with these paranormal mysteries. 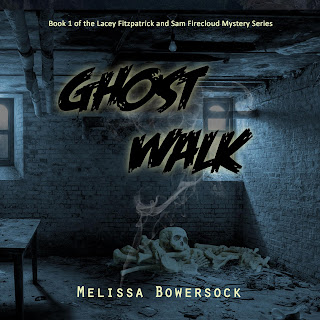 In addition to that, I'm excited to announce the release of Ghost Walk, the audio book, now available on Audible and Amazon. Laura Wilson has done a fabulous job of voicing Lacey and Sam, and she's agreed to do the rest of the series as well, so we'll be adding a new audio book every few months. We're currently producing Skin Walk, Book 2 of the series, so stay tuned!

Finally, I want to thank all of my family, friends and fans for their support in the last years, and wish all the best to you in this coming year. Annie, my Airedale, hopes you take the time to play in the snow and enjoy the seasons! 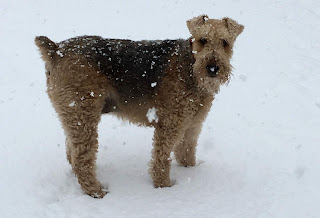 Posted by Melissa Bowersock at 10:27 AM No comments: