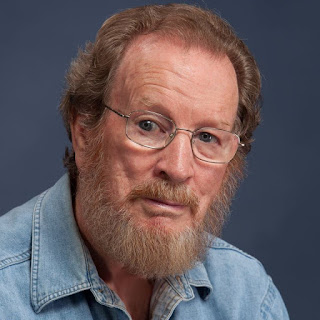 Last year, I had a discussion with my buddy E.J. “Russ” McDevitt about his latest Danny Quigley novel.  While Russ’s new book is not a Quigley story, it’s still very much a McDevitt story with lots of action and lots of intrigue. I have not read this new book, The GroundCries Out, so I’m as anxious to hear about it as you are. Let’s dive in.

MJB: Russ, give us a quick summary of the new book. What’s it about and who is the main character?

McDevitt: In Washington a new President takes over with one burning ambition… to destroy the United States! President Donovan’s mind is becoming increasingly irrational as he plots to unleash chaos and the dogs of war across the world in revenge for the drug overdoses and deaths of his two sons, which he blames on the corrupt U.S. system. His initial efforts to create anarchy turn unexpectedly into brilliant moves that solve some of the world’s major trouble spots. In the process he earns the hatred of Saudi Arabian Sheik Amani who places a contract for Donovan’s assassination with a rogue ex- SAS trooper, Paccy McDaid, now a hit man for the IRA. The story moves with lightning speed as other forces, among them Mossad, the PLO and the U.S. Secret Service, are actively involved in stopping McDaid before he reaches the U.S. President. 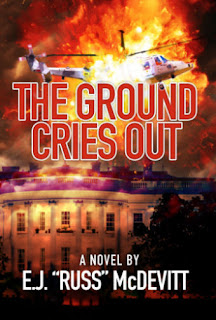 Donovan’s final card looks like succeeding as he convinces the UK Government to cede Northern Ireland to the Irish Republic, in a surprise overnight move, and a massive vengeful Protestant Loyalist army goes rampaging across the border towards Dublin.
McDaid meanwhile gains access to the White House on St Patrick’s day, under the guise of the President’s cousin…

MJB: I’m curious about having a hired assassin as your main character. How did you portray him so your readers are invested in his success or failure? How did you create sympathy for such a character?

McDevitt: While McDaid is ‘a bad guy’ every hand is turned against him and he keeps coming out on top against some very able adversaries. Gradually, the reader will start to admire his survival and combat skills.  The reader comes to a realization that President Donovan needs to be stopped by someone, before he succeeds in his vengeful plot to destroy America.

MJB: Some might say this new book is based on current events. Was that intentional, or just a coincidence?

McDevitt: It was written several years before the President Trump came to power… In my novel ‘The Quigley Challenge’ based in Nigeria, I predicted Boko Haram becoming the top terrorist organization in the country, at least a year before the media had even mentioned them. An Irish magazine wondered if I had the gift of prophesy … If so, perhaps you could apply that to my new release ‘The Ground Cries Out’... interesting thought!

MJB: What was the impetus behind moving away from Danny Quigley into something new? Is the Danny series complete, or are you just taking a hiatus from him for a bit?

McDevitt: I was chilling out after my last novel and by accident pulled out this manuscript that I had written years ago… couldn’t even remember the names or the plot. As I read it, I got very excited and heard my thoughts saying … “This is really good stuff!” You can guess the rest.

MJB: What’s next for Russ McDevitt?

McDevitt: I just returned from 10 days in Ireland. Being Irish I’m open to the cry of the land in my spirit...the winds sweeping in from the Atlantic, the voices of the people and their music, and the ancient inherent tradition of the Celtic storyteller welling up in my being.
Where next?
I have no idea… watch this space.

MJB: If readers want more information, how can they find you?