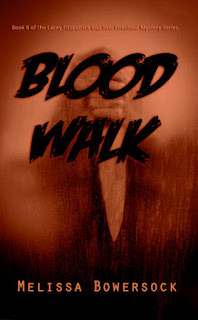 I'm happy to announce the release of Book 8 of the Lacey Fitzpatrick and Sam Firecloud Mystery Series, Blood Walk. If you've been following the series, you know the way Sam and Lacey work; he communicates with ghosts while Lacey does the research to lay the mysteries bare. Together they tackle the toughest cases.


The paranormal investigation team of Lacey Fitzpatrick and medium Sam Firecloud is keeping tabs on a serial killer case that’s baffling the LAPD: four murders in a month, with no solid leads or suspects. When Sam and Lacey offer their assistance, the PD reluctantly agrees, but Sam gets more than he bargains for when he visits the crime scenes. In addition to picking up impressions from the victims, he’s also receiving feelings from the killer himself. Sam’s unusual connection to the murderer’s mind may help them catch the criminal, but it could also lead the murderer to them. In a deadly race against time, Sam and Lacey piece the clues together to catch the killer before he catches them. 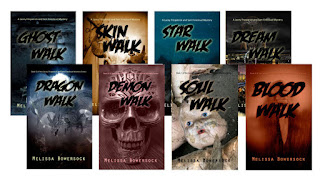