The Power of Creativity 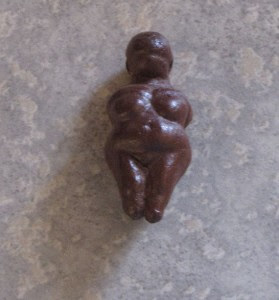 Photo by Melissa Bowersock
I have often felt that creativity is an archetypal upwelling that is so intrinsic to human nature as to make it a universal truth. I believe it is so pervasive and so deep-seated that, like love, it exists and permeates all cultures around the globe without exception. And, because it is so mysterious and unruly and because it produces ideas of such unfathomable complexity and beauty, it is also powerful. It is a force that the ancients could only partially grasp and therefore it was relegated to the nature of god.
A recent article on Scientific American discussed the nature of creativity and really got my neurons firing. I thought it was really interesting to see their round-up of various thinkers and philosophers and their views on what creativity is and where it comes from.

To name just few examples: Plato has Socrates say, in certain dialogues, that when poets produce truly great poetry, they do it not through knowledge or mastery, but rather by being divinely “inspired”—literally, breathed into— by the Muses, in a state of possession that exhibits a kind of madness. Aristotle, in contrast, characterized the work of the poet as a rational, goal-directed activity of making (poeisis), in which the poet employs various means (such as sympathetic characters and plots involving twists of fate) to achieve an end (of eliciting various emotions in the audience). Kant conceived of artistic genius as an innate capacity to produce works of “exemplary originality” through the free play of the imagination, a process which does not consist in following rules, can neither be learned nor taught, and is mysterious even to geniuses themselves. Schopenhauer stressed that the greatest artists are distinguished not only by the technical skill they employ in the production of art, but also by the capacity to “lose themselves” in the experience of what is beautiful and sublime.

You might note the descriptors used: possession, rational, goal-directed, artistic, originality, imagination, learned, taught, mysterious, skill, beautiful and sublime. It’s fairly obvious that the descriptions cover a wide range of ideas and there is little agreement on what creativity actually is except maybe (D) all of the above.
I can remember ages ago in my Art History class in high school. Our first studies were of the small clay “Venuses” of stone-age cultures. These Venus sculptures were faceless females, fat with pregnancy, naked in their simple beauty, and relegated to an unremarkable niche of “fertility figures.” I don’t know why, but this generic, tossed-off classification always bothered me. The figures were everywhere, in every culture, even the earliest ones that may have had no inkling of the sexual process of fertilization and birth. (Phallic figures, indicating ancient peoples had come to understand the full process, began appearing in archaeological sites much later.) It seems obvious to me that these stone-age people did not understand how a woman could bring forth new life, so they enlisted the help of the gods to promote the growth of their people.
But I don’t believe it was fertility they were worshipping and praying for. I don’t believe fertility was the mysterious power they were trying to harness.
I believe it was creation: the ability to create.
Creativity produces something that did not exist the moment before. It produces something new, something exciting, something wondrous. Who has that kind of power? God, surely. Only God could create a paradise from nothing; only God could populate the world with plants and animals and humans. Only God could produce life-giving rain from the sky.
But then women could give birth. Women could create new life where there was none before.
Certainly, this kind of creativity—any kind of creativity—is power. The existence of the Venus figures shows us how the ancients tried to harness that power. They may not have understood it, but they were darn well going to do whatever they could to try to get a handle on it.
All humans want and need power. Power gives us the ability to do what we do, to build the kind of lives we want. It may not be power over anything or anyone; it might just be the power to be free, to live, to be who we are, to create. But if a person perceives that he or she does not have power, what then? If they cannot create, how then can they get hold of that kind of power for themselves?
Destruction.
But destruction is always and only a second-best to creativity. It is always and only an also-ran. Destruction will never have the power of creativity because it does not produce something new that was never there before. It can only tear down and destroy. Any fool can destroy. Not everyone can create.
But those of us who do, have a power that no one can ever take away from us.
Let’s use it wisely.

This post was published originally by Indies Unlimited on July 15, 2014.

Posted by Melissa Bowersock at 10:00 AM No comments: