Memorial Day is coming up, a day set aside specifically to remember those who served our country and gave of themselves in ways we often cannot even imagine. It's a day to remember the worst of times our nation has faced and the best actions of our parents, grandparents, aunts and uncles. These days we have an entire generation growing up thinking that a dropped call is a tragedy, that waiting five seconds for a web page to load is pure anguish. Memorial Day is a day to remember what real challenge, real tragedy, real heroism and real inspiration are.

In honor of this day, I'm discounting my book Marcia Gates: Angel of Bataan to 99 cents today through Memorial Day. This is the award-winning true story of a courageous Army nurse and prisoner-of-war, captured on Corregidor by the Japanese. It's a little-known story of the nurses who served and suffered alongside the soldiers they vowed to support. It's a surprising story of struggle, perseverance and hope, all the more inspiring because it's all true. 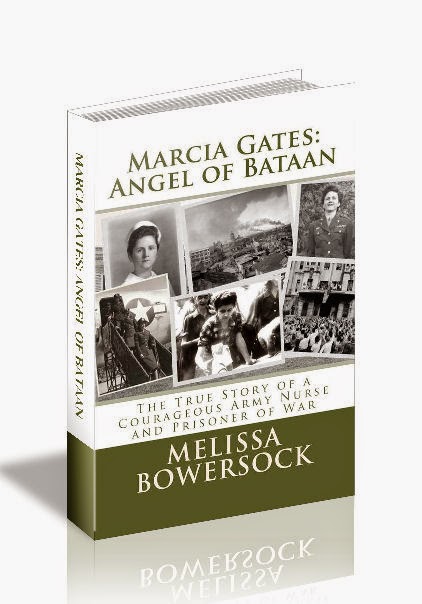 The book is also available as an audio book, which brings a whole  new dimension to the story. If you spend a lot of time commuting or if you're going to be headed out for a summer vacation road trip soon, this audio book is the perfect companion for the road.

And finally, if you're in Arizona, I will be talking about the book on May 22 on the Morning Scramble on AZTV-Prescott (channel 7) at 8:30am. If you're within the broadcast area, I hope you'll tune in.

Posted by Melissa Bowersock at 2:44 PM No comments:

Happy Anniversary: Romance in the Air!

I have to brag just the tiniest little bit. This month marks my 43rd wedding anniversary with my husband, best friend and true companion, Bud. That's the kind of milestone not a lot of people ever get to, and it amazes me that we have, not because I didn't think we would but just because the years seem to roll away so quickly. Heck, I'm not OLD enough to be married 43 years! Oh, yeah, maybe I am. Okay. 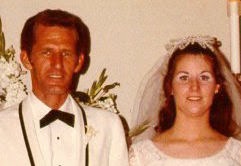 But so to celebrate, I'm giving presents to YOU. In the spirit of romance, I'm putting all my romance books on sale for just 99 cents through May 11, 2014. Okay, some of you are saying, "Romance? Uh, no." But really, all these books have a strong story, strong characters and a lot of twists and turns. Try one; you might like it. Then another, and another ...

So without further ado, here they are:

The daughter of a white woman and an Indian brave, Catherine Boudry had spent the first thirteen years of her life among the Cheyenne. Restored at last to her mother’s wealthy parents, Cathy blossomed into womanhood surrounded by all the “civilized” comforts of the white man’s world. But at the age of twenty, the lure of her Indian heritage drew her back to the western plains. It was a journey that would awaken her to the joy and agony of passion in the arms of two very different men—Jory, the virile young trapper, and Barred Owl, the Cheyenne brave to whom she had been pledged in marriage long ago. Sensual.

Jessie Evans is a free-lance journalist, emphasis on the "free," with no plans to tie herself down. While researching a story in Flagstaff about Indian influences in Arizona, however, she encounters Lucas Shay, a smoldering paradox who is part Indian, part architect and all man. Whether igniting her temper with his arrogance or challenging her beliefs with his laser-like insight, Jessie can't deny that Lucas sets fire to her soul as well. Sizzling!

When Jennifer and Robert Stinson buy a beautifully restored Victorian house, the last thing they expect is to share their home with a ghost―especially one with a penchant for setting fires. Unfortunately the ghostly arson only creates more tension in their already strained marriage. Jen launches her own investigation into the history of her house and discovers a surprising ally in a sympathetic fire captain. But can she unravel the mystery of the fires before they consume her home, her marriage … and her life?

AND FOR SOMETHING COMPLETELY DIFFERENT, MAD SATIRE:

The Pits of Passion by Amber Flame (Satire)

Sealed to the man in an arranged marriage, Elizabeth rides the surging tide of shock and denial, lust and love, as she is swept from the manicured gardens of England to the savage shores of Africa and the wilds of the New World, never quite sure which Captain Elliott is the man she loves. Warning! This satiric romp is NOT your mother's romance novel! X-rated and sizzling!

Posted by Melissa Bowersock at 3:00 AM 2 comments: