Today I interview Sandra Farris, a prolific writer of a variety of genres. 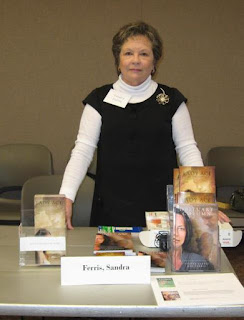 You’ve got quite a few books to your credit. Please tell us the titles and give a brief overview of the plots.

Can You hear the Music? . . . After suffering abuse at the hands of her aunt, Corey James runs away, dressed as a boy.  She meets a hobo who helps restore her self-esteem as they ride the rails together. Their adventures along the way are both perilous and heartwarming.

Lady Ace . . . Kasey O’Brien takes over their failing air charter business after her father’s deadly accident.  She is determined to make it work, but is faced with sabotage, suspicious accidents and attempted murder. Who was behind these crimes, and what was the motive?

Obituary Column . . . Tracy Chapman tracks down missing family members of the deceased to inform them of their relative's whereabouts. Mystery and murder surround her latest case, a ninety-six year old Jewish gentleman, Samuel Levine. What secrets did Samuel keep that led to murder and kidnapping?

Wind Dancers . . .  A collection of short stories and poems for the reader on the go.

Hobo . . . Playmates were scarce for ten-year old Joby Richards, so when a feral dog, Hobo, shows up, Joby is determined to make friends. But the arrival of a mysterious stranger puts both the boy and dog at great risk. Did Hobo immediately sense the dark secret the stranger harbored?

Memory of a Murder . . . Bailey Collins regained consciousness in the passenger seat of her wrecked car. Her first concern was for her husband, but it was a stranger behind the wheel with a bullet hole in his head. A gun lay between them.

Who was this man? Where were they and how did they get there? Did she kill the stranger? If so, why? Bailey couldn't remember. She knew her name and where she lived, so why couldn't she answer any of these questions?

In Search of Alan Hawk . . . Samantha Edwards’ assignment is to find a movie star, Alan Hawk, once known as “the sexiest man alive” for the successful magazine series, “Whatever became of . . .?” Samantha was never a fan of the actor and asked, unsuccessfully, to be reassigned.

Her search takes her to three continents and through treacherous terrain. Would she finally find him in South America?

Ten years had passed since Alan Hawk dropped out of Hollywood, would she even recognize him? Samantha certainly wasn’t prepared for what she found.

Do you have a favorite (or favorites)? If so, why?

Can You Hear the Music? is my favorite. It was the first book I ever wrote and I lived with the characters for years, as there were many interruptions in my writing career.  Raising three sons took priority.

My lack of self-esteem came from being told “I couldn’t,” “you don’t have any friends,” etc., in my young adult days. So Corey inherited those feelings, which gave me the opportunity to speak out against condemning others or bullying, but not being preachy about it. I wanted my readers to learn to respect others, no matter their placement on the society ladder, or what they looked like. Who better to teach that than a hobo?

Then, too, I fell in love with my characters. Is that being vain?
I was happy when I finally finished their story, but sad saying good-bye to old friends. 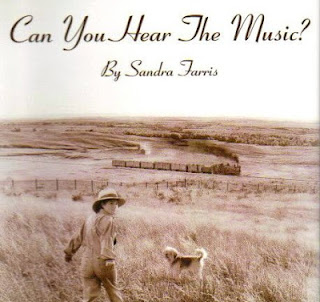 Can You Hear the Music? is both highly dramatic and heart-tugging. What was the inspiration behind the story?

One inspiration came from a visit to an orphanage in Dallas, Texas, which was one of my high school Home Making projects. It was Christmastime and my class drew names of the young residents. I was so touched when I saw those young children come down the stairs to meet us that I never forgot that experience, or my little friend Kenneth Bell.

As an adult, a little girl I met who had been orphaned the same way as Corey, lived with abusive relatives next door to me was another inspiration. The abuse was not so much physical, that I could see, but more mental. I learned the details in talking to the baby sitter. This little girl was more the model for Corey. Of course my imagination kicked in, prompted by both the orphanage visit and the girl next door, when I began writing this book.

The children I met along the way did not suffer the abuse Corey did, but I had to make it worse so it would be more reasonable for her to run away, and for the reader to be pulling for her successful escape.

You made a wonderful mini-movie of Can You Hear the Music? for a book trailer. What was that experience like, translating your book to the screen?

First, thank you for the compliment.

To borrow an overused phrase, it was awesome! Seeing the characters come to life was very moving. The actors did such a great job that I believed they were Corey and Andy.

The process of auditioning actors was thrilling, seeing their interpretation of the character. There are some good actors in Tucson. One amusing incident—if you could call it amusing—happened  when one of the actors showed up slightly inebriated, his shirt buttoned wrong and his hair in disarray. He said that someone mentioned one of the characters was a hobo, so he came in that spirit. Thing is, he was a good actor even in that condition. We couldn’t take a chance with him, though.

Also, scouting locations with my son, preparing craft services, being a gofer, etc., was very exciting. My son, of course, did a fantastic job with the script, directing, filming, editing and special effects.

The video earned the “Best Book Video” award for March 2012 on “Books In Sync.” The wonderful thing about that is, there were eight videos, including mine, and people voted on it—people that didn’t even know me. How special is that?

I invite your readers to see how great it turned out by watching it on YouTube:  http://www.youtube.com/watch?v=cMzcqsMzF5E&feature=plcp
While there, please watch the short special effects video, also.

You sold the movie rights to your mystery novel The Obituary Column. How did that come about, and what’s the status of the movie project now?

My ex-husband came to me with the idea for this book and asked me to write it, which I did. He had contacts in Hollywood (an Independent film company president and CEO) and sent them the manuscript.

We had a meeting out there with a scriptwriter, who wanted the project. We discussed the book and some of his ideas. Although a good part followed the book, the script wasn’t to my liking, because it strayed from the original concept of the story. They changed the title a couple of times and ended up with The Treasure Within. Don’t understand their thinking on that.

The movie stars Robert Loggia, Sam Hennings, and Melissa McGinnis. The trailer can be seen at this link: http://www.youtube.com/watch?v=G_thdt12ik8

I don’t know the status of the movie, I can’t get an answer to my e-mails, although in the beginning they were very forthcoming. Early on, they sent me the poster and were all excited for me to see the movie once it was done.

In your opinion, what makes a good, strong mystery?

Being unable to guess the outcome until the end, then saying, “Dang, I should have seen that from clues early on.” Also it should keep you in its grasp, making you unable to put it down until you finish the book.

One of my readers said of Obituary Column, “it was one of those books I enjoy so much that I find myself wondering what the characters are doing when I’m not reading it.” That’s one of the highest compliments a writer can get, at least in my opinion. 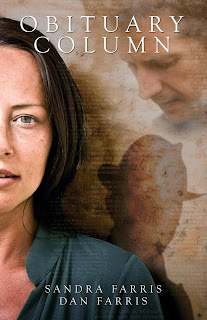 What I like most is creating the characters, their world, and how they function in it with all that happens to them. I like getting totally immersed in the story and characters then seeing it all come together.

What I like the least is writing a synopsis and query letter.  Promoting my books is another least liked, but a must to sell books and myself. It is hard work and my understanding of the process is in the infancy stage, which makes it that much harder.

Another is sitting in front of a blank computer screen and nothing comes. Sometimes I will write a fan letter jut to get the creative juices flowing. But the trick is to keep your rear end in the seat and write, even if you delete it later.

What do you hope readers will take away from your books?

I hope the readers will have such an enjoyable read they will think about the characters and story long after they finish the book, or like I mentioned above, they “will wonder what the characters are doing when they (the readers) aren’t reading.”


What’s next on the horizon?

I like to try different genres. Years ago I wrote a couple of children’s plays, one of which was performed at the apartment complex’s community center where I worked. Right now I have a short story titled Vernon House, about a ghost and a Victorian house, ready to publish. I’m just waiting for my book cover to be finished.

I am also working on two novels. One is the sequel to Can You Hear the Music? and the other is an original. Don’t have titles for these. Sometimes I will be finished with the book before I come up with a title.

The sequel to Can You hear the Music? is not progressing very quickly. Basically it is because I didn’t plan on doing a sequel and it’s hard to be creative with a project you said goodbye to a long time ago. When fans of the book kept asking for one, I told them if I didn’t like the way it was going, I wouldn’t write the sequel. I may be at that point, but I decided to put it aside for now and work on the original novel.

Also the link to my Amazon page: www.amazon.com/Sandra-Farris/e/B005ZRBMLE where my books can be previewed and purchased.

Posted by Melissa Bowersock at 1:57 PM